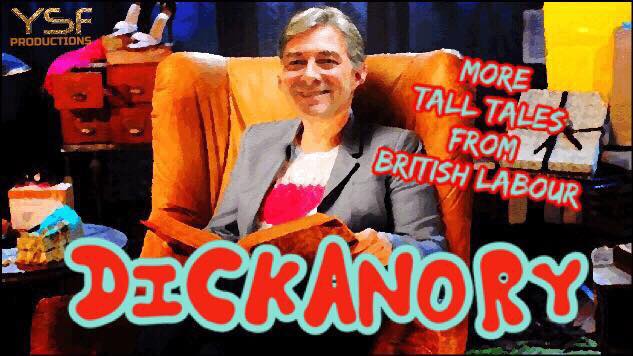 While everyone is celebrating this is the time of year Unionist parties have already prepared their press releases to take advantage of the lack of stories in the media, hoping that some of their ‘spin’ will make the headlines as fact.

In the case of Scotland that will not be a problem there is a willing press pack in radio, print and TV media eagerly awaiting stories which can help to undermine the Scottish Government, and the Scottish Parliament.

Like a broken record (remember those 12 ” bits of plastic you put on a record player) these press releases get stuck in the same message that the SNP are not doing enough to prevent austerity. They usually highlight issues that you would expect such as pensioner poverty , low pay and the increased use of food banks. All sounding quite normal ground for a political party to cover. But when you take a closer look you see them for what they are, thinly veiled lies and spin.

Take Richard Leonard for example, we do not know if he wrote this himself but his piece in The Scotsman on 21 st of December is a classic example of seasonal deceit. The headline screams at you:

Why are working Scots living in poverty? The SNP refuse to help

He starts out talking historically and ends up talking hysterically.

So that would be the 1980’s then just after two back to back Labour governments of Harold Wilson and James Callaghan heralded in 11 years of Margaret Thatcher. Another 13 years of Labour Governments were to come in the shape of Tony Blair and Gordon Brown. We point this out as Richard seems to get all heated up about Labour and positive and practical things it could do to eradicate poverty. In the 24 years of Labour Governments since Wilson’s 1964 government they have had 5 chances in government to do something about it and little has changed. And they want us to vote Labour to let Jeremy Corbyn govern us.Assuming he would win if there was an election?

“Oh, what a tangled web we weave…when first we practice to deceive.”

So why are Scots living in poverty? Let us answer his question for him by using the well worn phrase , ‘It is the economy stupid’. Here is a standard overview of the UK economy right now and its recent history. A history Labour conveniently forgets when blaming others for their own continued failings.

In 2008, the global financial crisis hit the economy particularly hard, due to the importance of its financial sector. Falling home prices, high consumer debt, and the global economic slowdown compounded the UK’s economic problems, pushing the economy into recession in the latter half of 2008 and prompting the then BROWN (Labour) government to implement a number of measures to stimulate the economy and stabilize the financial markets. Facing burgeoning public deficits and debt levels, in 2010 the then CAMERON-led coalition government (between Conservatives and Liberal Democrats) initiated an austerity program, which has continued under the Conservative government. However, the deficit still remains one of the highest in the G7, standing at 3.6% of GDP as of 2017, and the UK has pledged to lower its corporation tax from 20% to 17% by 2020. The UK had a debt burden of 90.4% GDP at the end of 2017.

The UK economy has begun to slow since the referendum vote to leave the EU in June 2016. A sustained depreciation of the British pound has increased consumer and producer prices, weighing on consumer spending without spurring a meaningful increase in exports. The UK has an extensive trade relationship with other EU members through its single market membership, and economic observers have warned the exit will jeopardize its position as the central location for European financial services. Prime Minister MAY is seeking a new “deep and special” trade relationship with the EU following the UK’s exit. However, economists doubt that the UK will be able to preserve the benefits of EU membership without the obligations. The UK is expected to officially leave the EU by the end of March 2019.

In 2008 it was Labour’s Gordon Brown who presided over the banking crisis admitting he did not do enough to regulate the finance sector. What followed was Conservative imposed austerity starting with the Cameron government ( including an alliance with the Lib Dems).

Here is the rub.

Government programmes like austerity are set out at Westminster not Edinburgh and run for years.At the time it was Labour, in opposition at Westminster who abstained and did not not put up any kind of fight against the imposition of austerity.

That leaves us with two main conclusions, one Richard Leonard is lying to the Scottish public as the programme of austerity which sets the block grants for years to come were in effect supported by Labour.

Secondly, he disrespects the Scottish public because he thinks we are stupid enough to belief this rubbish.He consistently repeats it at every opportunity especially now at the end of the year when editors will be very willing to use any press releases they can get. Nothing but deceit and disrespect for the people of Scotland.

The Scottish Government took positive and practical steps to mitigate the introduction of austerity measures as early as 2014. This was in response to the UK Government introduction of the ‘removal of the spare room subsidy’, more commonly known as the “bedroom tax”. The ‘mitigation’ continues and has come to the point using the limited powers of devolution the people on benefit have been involved in large scale consultations to help design a rights based Scottish Social Security system- but he says the SNP ‘refuse to help’.

Note also at this point after the 2014 referendum the ‘Vow’ and the promises of ‘substantial new powers’ were made to the Scottish people, remember ‘as close to federalism as you can get?’

Being deceitful is a prerequisite for Labour Party leadership. You have to call out the lies every time you hear them repeated because they will just keep on saying them.

Gordon Brown being deceitful in 2014 by promising us things he could never deliver.

There have been a few articles this week relating to the corporate press and media.The worldwide media where Prime Ministers and Presidents consult with media moguls in the run up to general elections and presidential campaigns.At that level the media literally can make or break governments and change the outcome of democratic election processes. END_OF_DOCUMENT_TOKEN_TO_BE_REPLACED