A blog by Dream Angus on Human Evolution and Brexit- we are all Jock Tamson’s Bairns after all but some people will not like it.  G https://wp.me/p93rhX-6Z

“Better Together. Family of Nations. Valued, equal partners in this most precious of unions, pooling and sharing our resources. Special bonds. Lead us, don’t leave us.
Let me ask you all something today. How valued and equal are you feeling right now” 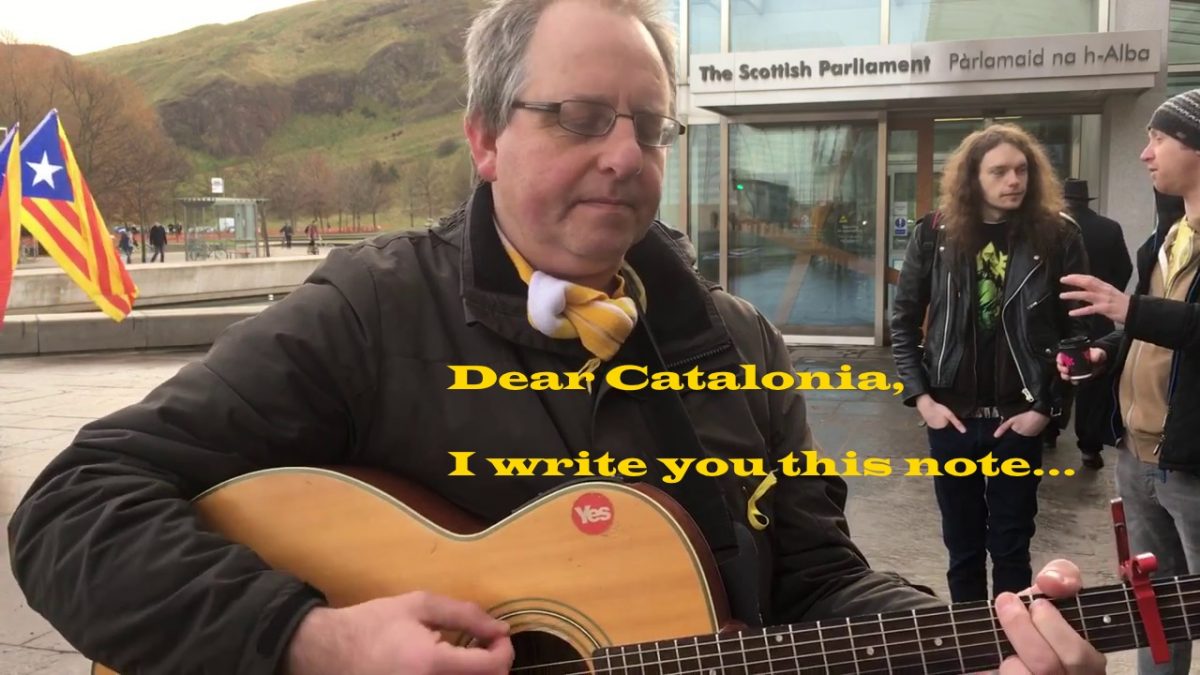 When first Catalan grassroots activists and then Catalan government ministers were imprisoned before trial in Spain, Yes Scotland’s Future was keen to get behind the letter-writing campaign to support the political prisoners in whatever way we could. A website was created – catalanprisoners.info. We thought a website is a simple source of prisoner address information, which can be promoted beyond our Facebook page, i.e. on Twitter, by word of mouth and in the print media.

At the time of writing, there are still 4 of these Catalan political prisoners incarcerated before trial in Madrid, so please continue to send them letters, a simple act of solidarity to let them know you haven’t forgotten them and the world is watching how the Spanish government and its judicial system handle the political crisis in Catalonia.

END_OF_DOCUMENT_TOKEN_TO_BE_REPLACED Do androids dream of electric sheep was written in 1968 by American author Phillip . K. Dick. It has recently been re-published having achieved cult status. The novel is set in  San Francisco following a global nuclear war, where Earth’s life has been greatly damaged. Most animal species are very rare or extinct from extremes of radiation, so much so that owning an animal is now a sign of status and empathy. Some people will remember the story better as the movie by director Ridley Scott called ‘Blade runner’, recently re-booted in the sequel , Blade runner 2049. This science fiction ‘film noir’ is reminiscent of Raymond Chandler with lots of rain washing down on pavements lit by flickering neon lights. The  world of  the super corporations has become merged with the state and law and order and those unable to afford to get ‘off world’ to a better future wait out their lives in the over populated and polluted city.

END_OF_DOCUMENT_TOKEN_TO_BE_REPLACED

Motivation is an impulse that causes people to act. Its an internal process that makes us move towards a goal. Trouble is we have to set that goal first and believe in it strongly.The eye has to be firmly on the prize or the goal will not be realised. We can’t observe motivation we can only infer it from someone’s behaviour. In Scotland we can be said to suffer from a ‘cringe’ not universally but there is a cultural norm that pulls us back. Looking at the optimist /pessimist divide how are we placed? When you see this image what do you see?

A postive attitude ( more on that another time perhaps) does make all the difference.Our perceptions lock on to some things then they cannot be unseen.Thinking outside of  the box it reads ‘Opportunity is now here’ for me. I must be an optimist!

END_OF_DOCUMENT_TOKEN_TO_BE_REPLACED

We all know of the very obvious examples of media manipulation or getting people to believe something that just is not true. Political history is full of examples of this, some written into political history like Machiavelli’s ‘The Prince’ which coined the phrase-

‘the ends justify the means’.

Or in more recent history, Joseph Goebells in Nazi Germany who stated ,

‘ A lie told once remains a lie but lie told a thousand times becomes the truth’.

The role of the mass media in perpetuating untruths has also been apparent for years and powerful in influencing popular belief.

For example many people believe that lemmings, the small vole like rodents ,were prone to mass suicide by jumping from cliff tops. Nothing could be further from the truth but Walt Disney portrayed their behaviour that way in an oscar winning documentary “White Wilderness’ made in 1958.

So enduring was the myth that many people still believe it to be true and ‘like lemmings off a cliff’ has entered our language .

END_OF_DOCUMENT_TOKEN_TO_BE_REPLACED Today we heard the Crown Prosecution Service have decided not to prosecute Tory MP’s and their election agents for over spending on election expenses buying seats basically.

Yesterday there was the revelation that Theresa May was in favour of the re-introduction of fox-hunting as it emerged that some marginal rural seats might be ‘turned’ to favour the Tories. She might even be thinking of some Scottish seats as well. Hunt Saboteurs be aware.

On top of that people’s peak tea time viewing was ruined  by Theresa May and her husband Phillip chatting on the One-Show with Alex Jones and Matt Baker about being a normal, happy family. In Theresa’s household there are ‘boys’ jobs and ‘girl’ jobs apparently. Some people were checking their calendars to see if they had been whisked back in time to 1972.

In a carefully scripted and controlled ‘humanising’ PR exercise that was totally cringe-worthy we learned about her love of shoes. (So that’s what she has in common with ex Philipines First Lady Imelda Marcos, famous for her massive shoe collection. She had an entire room in the Presidential palace devoted to them).

No ‘killer’ questions allowed not even from Matt Baker who when interviewing David Cameron in 2011 asked him ‘How do you sleep at night?’ which left Cameron nearly falling off the sofa! Matt Baker, all round green guy and conservationist must have been itching to ask about the fox-hunting question at least , but no the PR people were in total control.

It was all carefully designed to ‘humanise’ Theresa May ahead of the General Election but let’s be under no illusions about Theresa May. In some ways she is more right-wing and more dangerous than Thatcher ever was.

END_OF_DOCUMENT_TOKEN_TO_BE_REPLACED 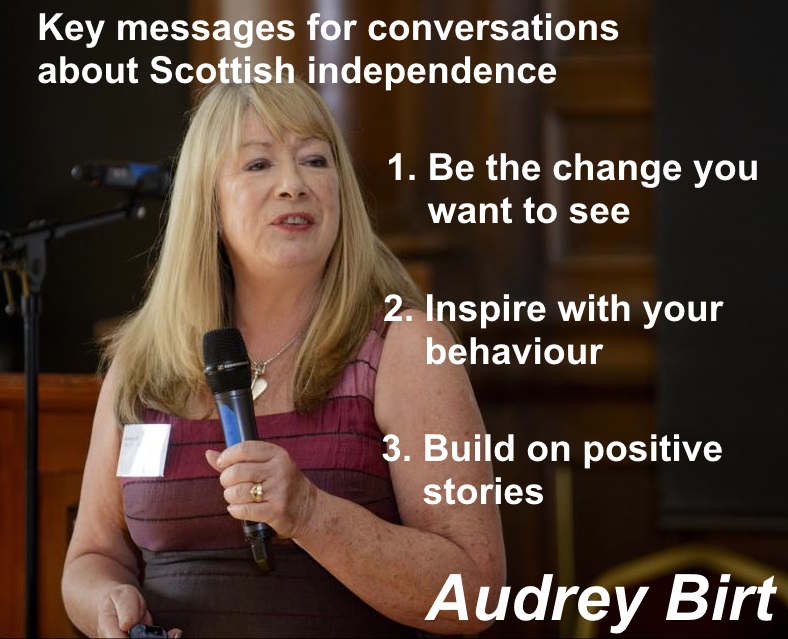 Tonight in Eastwood, Glasgow, Lesley Riddoch addresses a Yes event. Here is a video of what occurred. G