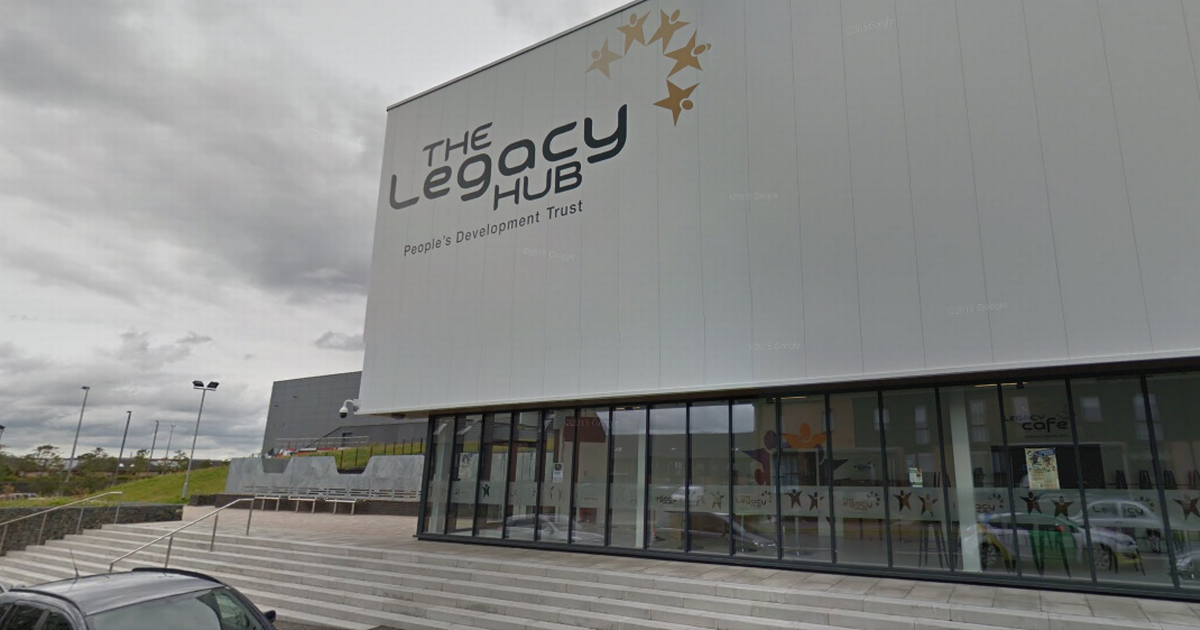 The closure of the Legacy hub on Springfield Road Dalmarnock has been on the Scottish news. The Peoples Development Trust (PDT), the organisation managing the hub has gone into receivership. It is a high profile building part of the Commonwealth Games legacy in the local area and also houses a GP surgery and a dental surgery.

The media coverage has been interesting. A small but vocal protest took place on Sunday and many of the children and young people who use the child care and youth work provision were there as part of the protest.

The coverage today however is very interesting in one respect. It is what main stream media has left out of its reporting that is the most important thing..

Any community based organisation will struggle to make a go of things but this one has its roots in Glasgow City Council pre-2014 when the Commonwealth Games came to that part of the city and the local councillors were in charge also took some nice paid jobs for themselves and their relatives and friends. Frank McAveety was the leader at the time.

It seems the press reporting today have forgotten a whole swathe of history associated with the management of the building. They only had to look into their own archives to find the evidence.

A £3.5 Million Commonwealth Games legacy project is embroiled in nepotism claims over a string of posts occupied by a local Labour councillor’s friends and family.
The project was overseen from the beginning by the People’s Development Trust (PDT), a charity that runs the Hub and which hired Kucuk as the £35,000-a-year regeneration manager. Another Labour councillor, Maureen Burke, also declares a paid job at the Trust.
Kucuk took up her post in 2011 and her cousin Alan Kennedy was appointed to the P.D.T. board in the same year. He left in July 2014 and his son Robert joined the board weeks later. Kucuk’s husband is also working at the Hub.

It seems the alternative citizens media have a better record of reporting on this issue as Calton Jock a local blogger reported as far back as 2016 highlighting nepotism and cronyism gone mad in the East End Regeneration area which was on the receiving end of millions of pounds as part of the Commonwealth Games preparations.

It looks like the building was ‘run into the ground’ by a succession of relatives and friends appointments all stemming from Scottish Labour. In November 2015 this Evening Times article called it out.

Board positions linked to the Dalmarnock Legacy Hub were filled by relatives of Glasgow Calton councillor Yvonne Kucuk, whose husband also works at the centre.
A cousin of Labour’s other ward councillor, George Redmond, also works at the Hub while another relative used to sit on the board.

The article also said ‘Kucuk was elected to the council in 2012 and is reportedly thinking of making the step up to Holyrood.’

If the main stream media wanted to something more ‘in depth’ about the buildings closure all they had to do was a google search ( other search engines are available) to reveal a series of articles in the Herald, Evening Times and BBC Scotland websites.

It has been local bloggers who have reported on this more accurately and consistently.

“There is a general concern that Labour treats Glasgow as its personal fiefdom, where friends get positions and jobs and not in a transparent way. “It is the councillor’s dual role in this project that is concerning.
You should be a local councillor, or part of the development project. Or, you should have the development role and not be the local councillor. A sensible person would surely conclude that you cannot do both roles. It is about public perception.

The Legacy Hub, located in the shadows of the Emirates arena in the east end, benefited from £3m from the Scottish Government and £1,295,000 from the B.L.F., while Glasgow city council sold land to the Trust for £1. Around £840,000 of the award was to part-fund the Hub’s construction and £455,000 was for four years’ operating costs.

The Big Lottery Fund (B.L.F.) called in outside help after reviewing how its £1.3m award for the multi-purpose Dalmarnock ‘Hub’ had been spent.The quango subsequently launched a review to examine whether its funding had been used in line with its grant agreement. The probe escalated after the B.L.F.’s internal audit department contracted Mazars, one of Europe’s largest accounting firms, to carry out checks.

Another citizens journalist blogger A Thousand Flowers reported on the subject in August 2016. Read the small print in both the Calton Jock and Thousand Flowers posts for the real juicy bits linked to the jobs in building firms and the £500,000 golden hand shakes for outgoing Regeneration Manager.

So, What is the story Morning Glory? It is dig a little deeper. Do your own research or you would be left with a hollow story in todays press that says little of the background and is lamely pointing the finger at the incumbent Council leadership which is the SNP. Main stream media write all of their stories as ‘SNP bad’ stories as a default position and do not do the research.

We call that lazy journalism. We hope the building gets some kind of reprieve for the sake of the users of the building but Scottish Labour need to take most of the blame.