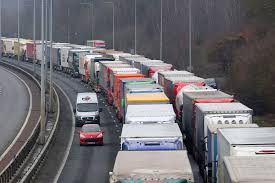 As the perpetual Brexit shit storm continues the preparations for a no deal Brexit are being geared up and Tory Ministers like failing Grayling will be standing by their beds ready to execute their well prepared and expensive plans to deal with the no-deal. They have chosen the code name ( because they love code names) operation yellow hammer. We do not know why this wee yellow song bird was chosen but its description below may give us a clue.

The yellowhammer (Emberiza citrinella) is a passerinebird in the bunting family that is native to Eurasia and has been introduced to New Zealand and Australia. Most European birds remain in the breeding range year-round, but the eastern subspeciesis partially migratory, with much of the population wintering further south. The male yellowhammer has a bright yellow head, streaked brown back, chestnut rump and yellow underparts. The yellowhammer is common in open areas with some shrubs or trees, and forms small flocks in winter. Its song has a rhythm like “A little bit of bread and no cheese”.

Presumably it is because ‘yellow’ means the government is too cowardly to face the public with another vote having wasted two years deceiving people about the true underlying reasons for putting the ‘leave’ option before the people in the first place. All those promises written on the side of campaign buses are like so much cheap duty free French beer turned to piss after a duty free jaunt to Calais. Now the NHS lifeline is to the UK nationals living in the EU. The government has thrown a potential £500m lifeline to 180,000 British pensioners in EU countries outside the UK who rely on the NHS to pay for their healthcare.

“The UK government has committed to fund healthcare for UK nationals (and others for whom the UK is responsible) who have applied for, or are undergoing, treatments in the EU prior to and on exit day, for up to one year, to protect the most vulnerable,”

The ‘hammer’ part is clearly the way our economy, especially in rural parts of Scotland will be hammered by the impact of Brexit. A recent report on the rural economy went as far as to say ‘we are fucked’.

It is like Ground Hog Day that film where time repeats in a loop.We have been saying it for three years now and it feels like being stuck in a time loop. But, it is now here. Glad I do not live in Kent, it is going to be a perpetual traffic jam.

A no deal Brexit is extremely likely. The repercussions for Scotland will be awful. However there is a prize. It shifts the pendulum in Scotlands direction towards our ultimate freedom . Then we will start operation Golden Eagle. G