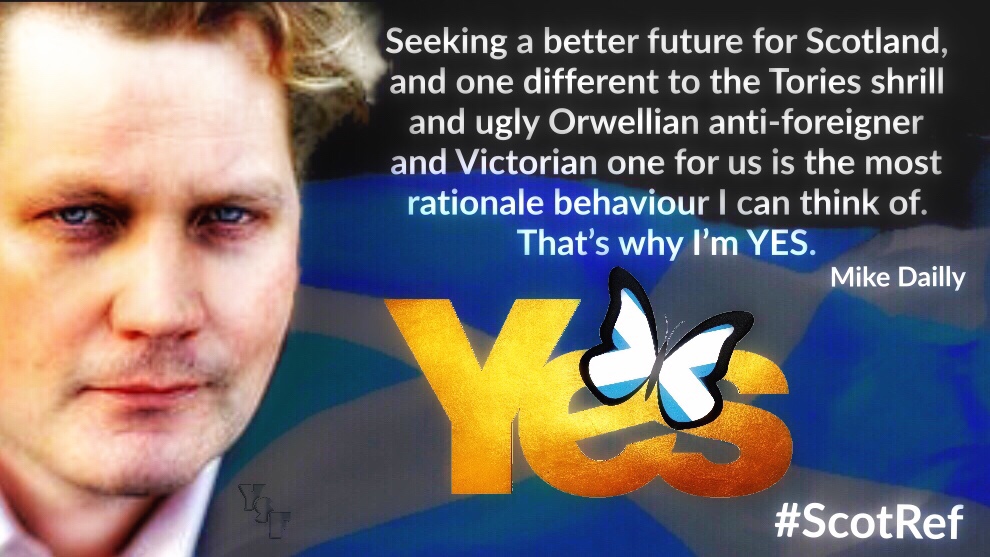 ‘Seeking a better future for Scotland, and one different to the Tories shrill and ugly Orwellian anti-foreigner and Victorian one for us is the most rationale behaviour I can think of. That’s why I’m YES.’

During the 2014 indyref Mike (a solicitor advocate) campaigned for the No side. He has since re-examined the evidence and now believes that Scotland would be better as an independent nation.

One thought on “That’s Why I’m Yes”