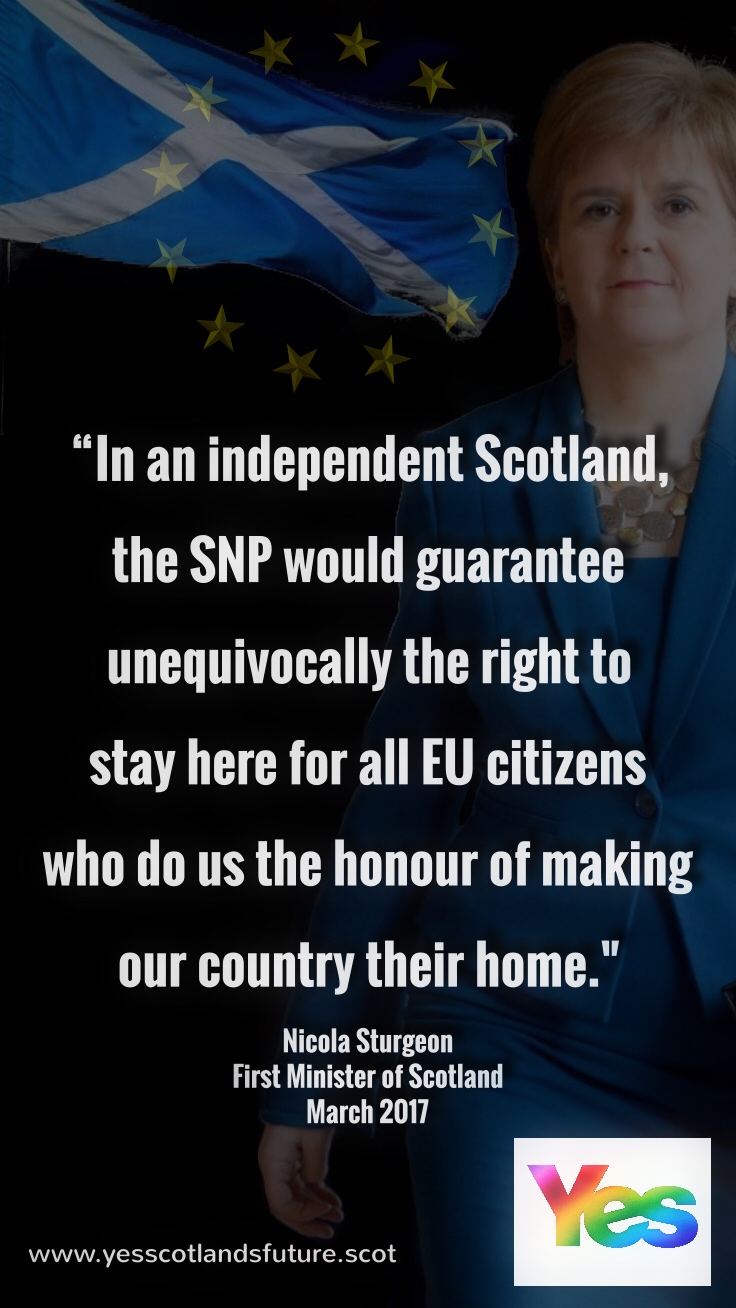 Nicola Sturgeon made the following remarks while addressing the SNP’s spring conference in March 2017.

She extended an invitation to everyone “as appalled as we are at the path this Westminster government is taking.”  and declared that Scotland will stage another “independence referendum.”

“Scotland isn’t full up. If you are as appalled as we are at the path this Westminster government is taking, come and join us,” she said. “Come here to live, work, invest or study. Come to Scotland and be part of building a modern, progressive, outward-looking, compassionate country,” she continued.

Ms Sturgeon accused Theresa May of seeking a hard Brexit and attacked the prime minister’s “intransigence.”. “The Prime Minister’s attitude should worry all of us hoping that negotiations with Europe will not be a disaster because—and let me put this bluntly—if she shows the same condescension and inflexibility, the same tin ear, to other EU countries as she has to Scotland then the Brexit process will hit the rocks,” she continued.

“In an independent Scotland, the SNP would guarantee unequivocally the right to stay here for all EU citizens who do us the honor of making our country their home,” she reiterated.

2 thoughts on “A Timely Reminder”