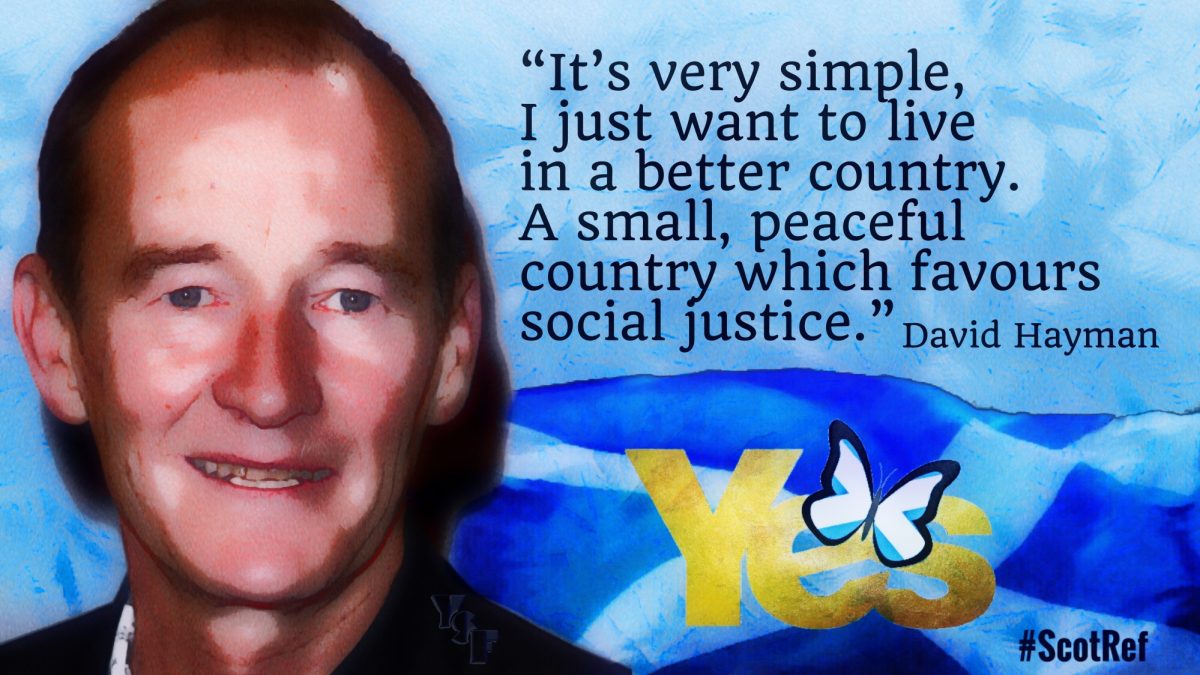 Merry Yessmas……and an active New Year on the streets of Scotland!

It was a small step for us back in 2014 which sadly we did not take.

We were bullied and lied to by Project Fear…that tactic cannot be repeated.

Those Labour/Better Together canvassers who called on the doorsteps of old people and people from ethnic minorities to scare them about pensions and immigration status in case they voted YES were and still are a disgrace to Scotland and the Labour movement.

In time people can see that for themselves as Labour stood shoulder to shoulder with the Tories and the Liberals as Unionists to crush the aspirations of the Scottish people. They had and still do not have any real commitment to Scotland only to curry favour with London and gain access to the House of Lords in return for unquestioning service.

As this year draws to a close we have seen even more evidence of Labours complete betrayal not just to Scotland but to huge numbers of people in England and Wales who would at least want to delay if not stop the Brexit bus. It is like the bus in the movie ‘Speed’ and is not only booby trapped to explode but is going to take a lot of innocent bystanders with it.Scotland did not vote to leave the EU but as with General Elections we often do not get what we vote for.This time Scotland is fortunate to have an escape route-Independence.

This year saw the start of a steady mobilisation of All Under One Banner marches across all of Scotland culminating in around 100,000 marching in Edinburgh in support of independence. Next year we will see another round of marches and an all movement campaign for independence which has already started to be funded with over £104,000 raised so far. The momentum will build again march by march, rally by rally and street stall by street stall.

If you cannot get along to marches or street stalls you can still do good by sharing information that challenges the constant drip, drip, drip of misinformation which is circulated in the press daily. That is why pages like Yes Scotlands Future exist. We are here to share information and put it out there so that Scotlands aspirations can not only be voiced, but also heard above the cacophony of propaganda and news designed to have us all look the other way.

With the page growing in size we are closing the year with a ‘post reach for the last 28 days of over 1 million- not bad for a bunch of volunteer citizen journalists.

So we urge you to support pages like this by liking and sharing the posts and talking to as many people that you can about what is being posted. Many people are still led by what is in the main stream media and that is why the task to inform and let people make up their own minds through challenging everything is so very important.

The time has almost come to step back into the campaign for independence again. Some of us have never left I hear you say. That is true but its also worth reflecting on.

A new campaign needs new messages and new symbols and strategy.That is what the next phase will be all about, we need to reframe the arguments to the current time period not 2014 . That doesn’t mean giving up in any way it is just about being welcoming of people who have not yet come to being ‘Yes’.

When the time comes we will still be about letting the Scottish people RESET the political landscape in our country….( the redecorating the house analogy is one we like at Yes Scotlands Future ) Let us get control and ownership of the house first then we can sort out the wallpaper and paint.

We need to convince people to go for full on Independence and reject once and for all the cesspit that Westminster has become.They said they would clean it up after 2014 ,we are still waiting.We have seen it degenerate day by day and now Brexit and the ‘power grab’ threatens the existence of our own devolved parliament.

Team Yes Scotlands Future wish you all a very merry Christmas and a Happy New Year. Have a good break because there is work to be done- we have bigger steps to take.

2 thoughts on “Look to the future…its only just begun”