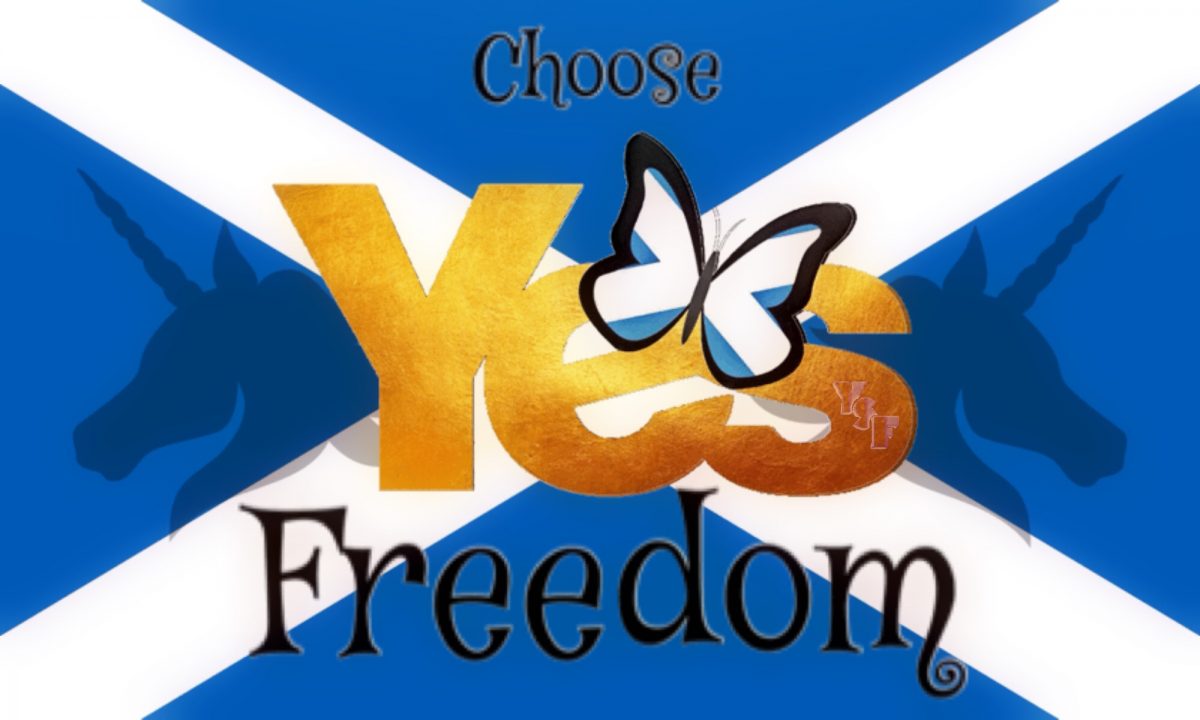 Wave a saltire and speak of freedom and instantly people outwith the iScotland movement think of the film Braveheart and mistakenly attribute that romanticised notion to the motivation of Yes. The fact couldn’t be further from the truth, Yes we want to regain Scotland’s independent governance but not as a return to the past but rather as a push toward the future. The chance to create something new from the ground up, a country driven for the good of its people(s) with social justice at its heart.

1.The power or right to act, speak, or think as one wants.
1.1 Absence of subjection to foreign domination or despotic government.
1.2 The power of self-determination attributed to the will; the quality of being independent of fate or necessity.
2The state of not being imprisoned or enslaved.
2.1 The state of being unrestricted and able to move easily.
2.2 Unrestricted use of something.

Freedom for Scotland simply put is this…

The chance to change and be better.